The verdict on Albion Online’s Alpha

The verdict on Albion Online’s Alpha

Albion Online’s closed alpha test is currently underway, lasting until at least the 5th of October, with potential for extension. We’re really happy with how players have been reacting to our new and improved version, with all its additions and expansions. We’ve also had a lot of press, including some big YouTube and Twitch.tv names, joining in the fun! We wanted to share some of the feedback with you so that you can get an impression of the game in its current state, and what the players who participated in the test really think about it!

1. In this thorough but succinct video, YouTuber Fevir gets to grips with the basic game mechanics of Albion Online, including cross-platform functionality, full loot, and the sandbox elements of the world.

2. ForceStrategyGaming puts you right at the center of Albion Online’s PvP action by showing off a battle alongside his allies and guild mates… not to be missed!

3. Critic LUGO Entertainment reviews Albion Online’s handling on mobile devices – check it out if you’re thinking of playing on the go!

4. Twitch streamer Zazzertaro got in some suspenseful and tactical guild vs guild fights over territory and player cities, fighting against undeniable front-runners Vendetta. Some great footage for all the blood-thirsty among you!

5. GullofDoom runs into some trouble while gathering to bulk up his character, and shows off some PvE action. We like how this shows off how the world of Albion can be pretty dangerous at all times, and you have to keep one eye open when you’re moving through the world.

And as a final highlight – one of our favourite videos from the test – a little something which left Low Co, a popular streamer on Twitch, speechless!

A big thanks has to go out to all of our press partners, who we hoped enjoyed playing and streaming or creating videos on Albion Online. And we hope the fans, too, enjoyed being able to get access to a lot more footage from the world without directly being involved in the test. 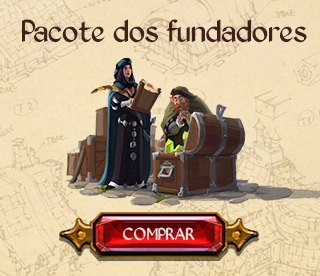